Is Pence The Next Jeb?
Pro Patriot News receives compensation from affiliate partners for links on the site. Here's our complete list of Affiliate sites.

Is Pence The Next Jeb?

A recent Harvard/Harris poll found that Mike Pence was leading the pack for 2024 if Trump does not run.

Former President Trump is the clear favorite to win the GOP’s 2024 presidential nomination if he decides to mount another bid for the White House, according to a Harvard CAPS-Harris Poll survey released exclusively to The Hill on Monday.

Nearly 6 in 10 Republican voters surveyed — 58 percent — say they would vote to put the former president back on the ballot in 2024, suggesting the party is ready and willing to give Trump another chance after his 2020 loss to President Biden.

Is Pence going to be the next Jeb Bush?

The Harvard-Harris way-too-early poll shows Pence! is ahead of DeSantis by 12 points for the 2024 nomination if President Trump stays on the porch.

Well, for years, Jeb! was the presumptive nominee in 2016. Then on June 16, 2015, Donald John Trump entered the race and a month later, he took the lead in the polls. The rest, as they say, is history.

Above all, Pence’s politics align with Jeb!

Republicans do not want an Establishment Candidate. Not after Romney, and certainly not after Trump.

But this may be a moot point by 2024 because Donald Trump is seeking re-election again. If he does not run, Trump’s endorsement will matter more than anything in the polls today. 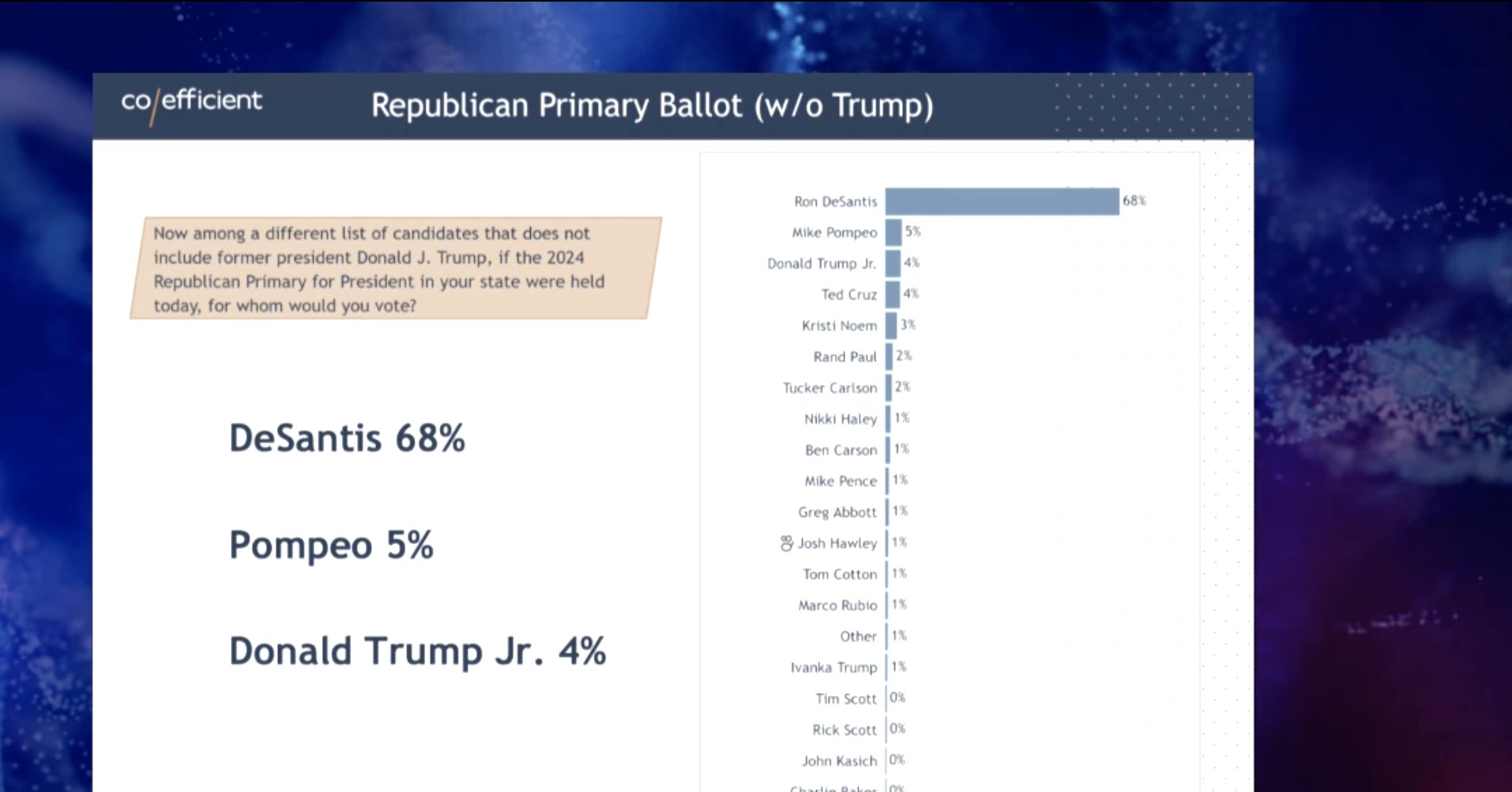